At long last the sun has come out and along with it, this Wisteria. 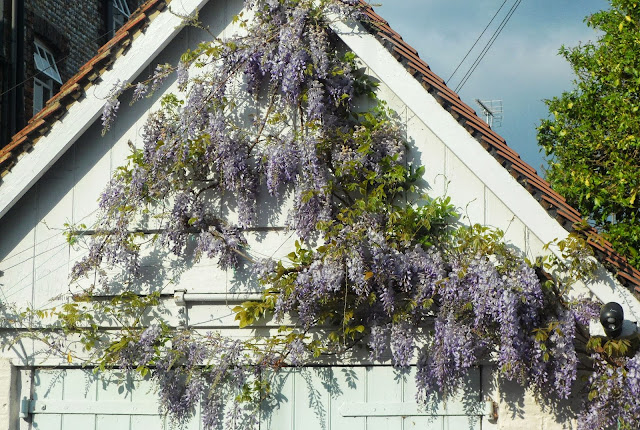 This isn't in our garden but belongs to our neighbour over the road. 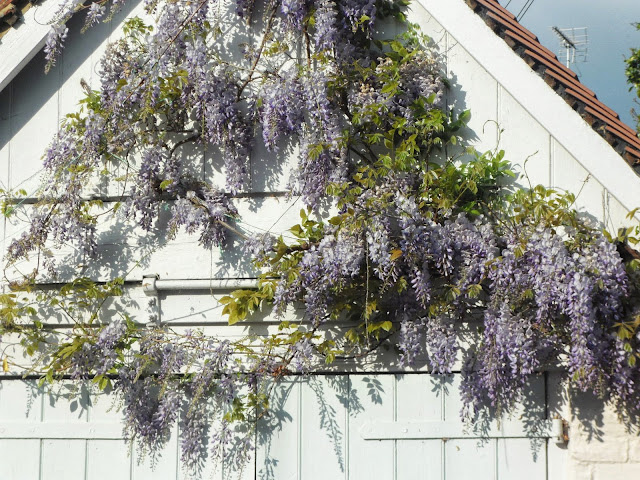 The building was part of a blacksmith/wheelwright.  There was an opening above the double doors so that the long lengths of iron that formed the cartwheels could be posted through and stored.


I am still diligently swimming twice a week and am noticing a positive change to my silhouette, not to mention my fitness.  I managed to reach my goal which was to swim half a mile in half an hour.  Then I hit a bit of a plateau.  It wasn't getting any easier and I was getting a bit bored.  So my swim buddy and I decided the new challenge is to swim three-quarters of a mile in 45 minutes.  This equals 48 lengths. It also means that we can't waste time having a chat in between lengths! 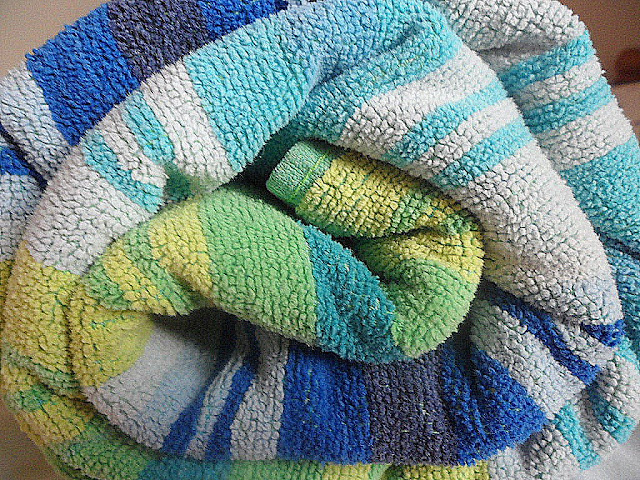 Labels: Out and about


My mother-in-law has recently celebrated her 70th birthday.  She has always wanted to go to Ronnie Scott's Jazz Club, so as one of her presents her younger daughter arranged for the females of the family to go for Sunday lunch.

I have to admit that I am not a fan of Jazz, but on the Sunday we went, a gentlemen called Gary Williams was singing and he does a lot of swing - Frank Sinatra, Tony Bennett and other 'Rat Pack' stuff. 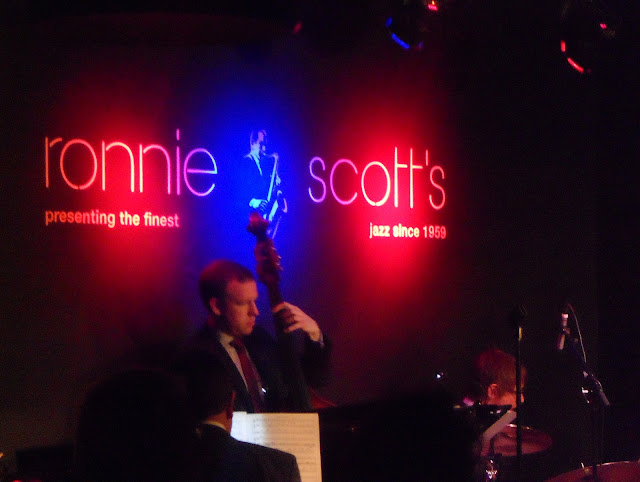 It was such a brilliant way to spend a day - I would thoroughly recommend it just for the experience, even if the music isn't your thing.  I actually really love all those Rat Pack songs and was surprised at how many I knew thanks to my mother's constant singing when we were growing up!

The Patriot Girls opened the show and they sing close-harmony, a bit like the Andrews Sisters.  We also were treated to a bonus of 'Dean Martin' as one of the girls is married to the guy who played Dean in the Rat Pack Show (apologies, but I don't remember his name) and he joined Mr Williams on stage.

We were asked not to take any flash photography, hence the lack of photos - also, I am not sure that my in-laws would appreciate me sharing their post-champagne images! 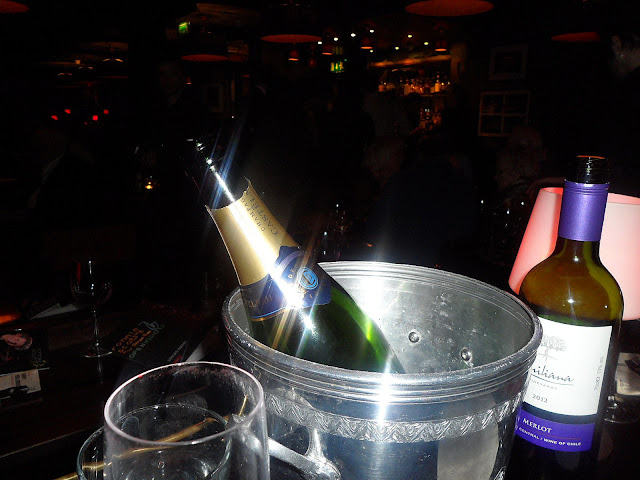 The meal was fine - not gourmet - but you are really not there for the food and it was so dark that you couldn't actually see what you were eating.  It came in at a very reasonable price too, so well worth it. 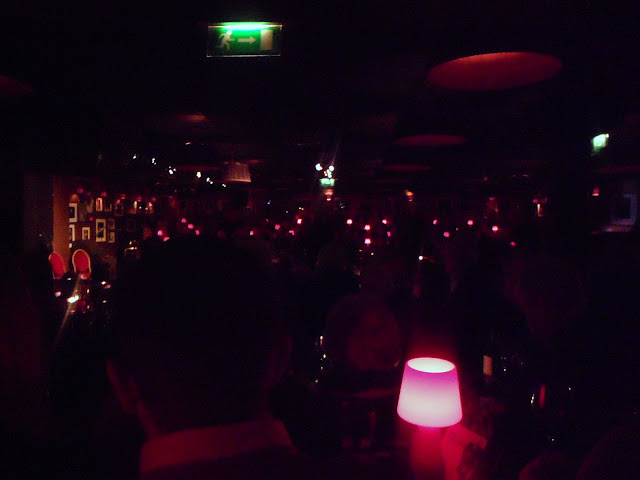 The venue is very intimate and Mr Williams worked the crowd well - he even came over to wish my Mother-in-law a Happy Birthday and the audience sang to her - what great birthday treat.
Caution is required on the stairs down to the toilets though - not sure if it was her heels or the champagne but one of our party did a swan-dive from top to bottom, with her fall being broken by an elderly old gentleman who was celebrating his 82nd birthday. He sustained minor injuries and was eventually able to return to the audience, as did our relative!!

Labels: Family, Out and about

Jamie checked in on Kevin a couple of times recently and as you can see he is making good progress.  He is now quite happy drinking from a bottle and as a result is filling out nicely.  His cold has cleared up and he even has a little buddy to keep him company.  Perhaps we should call this one Perry? 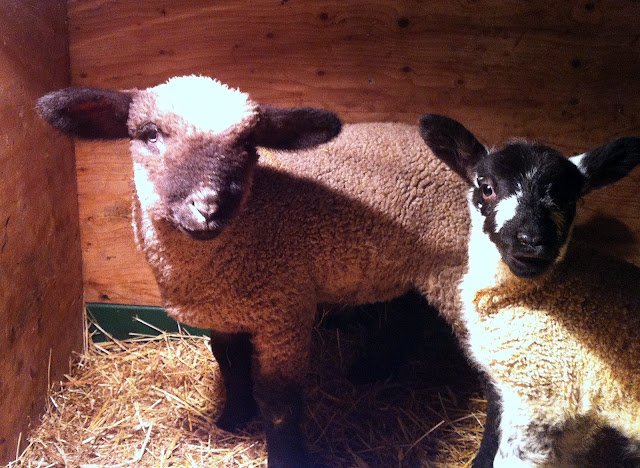 
This is a filling lunch that is quick to prepare and comes in at just under 100 calories:

Chop vegetables,  mix everything together, season well and add some fresh basil. 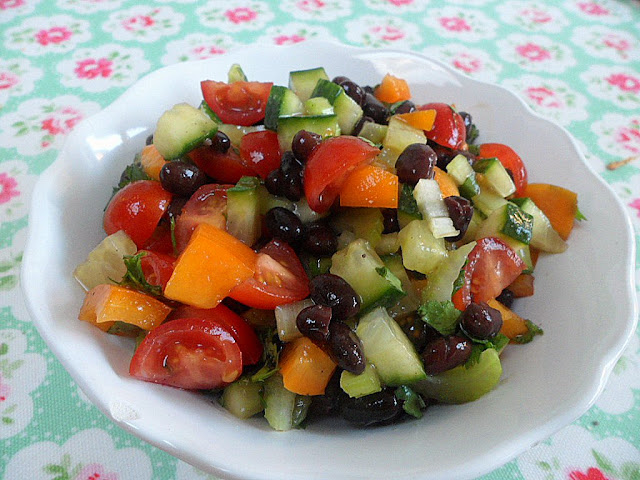 
On fast days, I have to admit that some evenings it is a bit of a struggle to come up with a dinner that looks like it is enough for an average person to eat and not designed to leave Thumbelina feeling a bit peckish.  Yes, I am missing carbs and this meal goes some way to address that yearning. 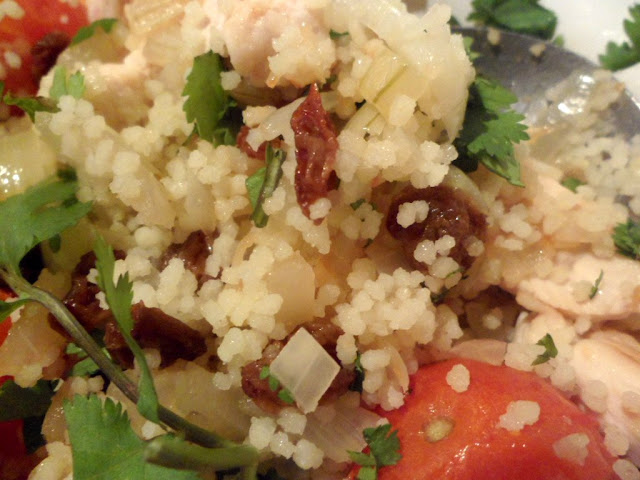 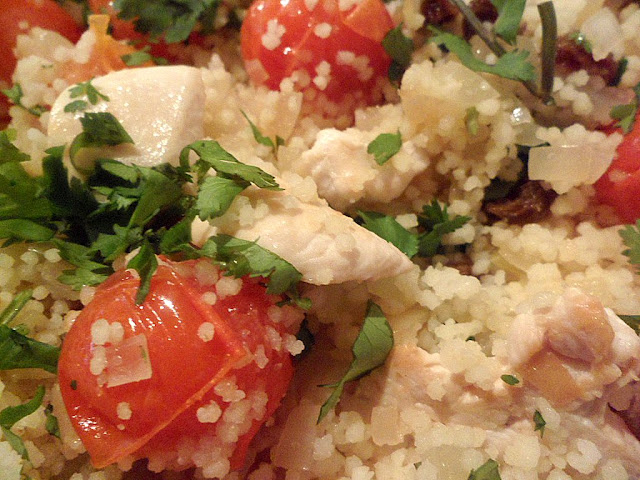 When the chicken and veg are cooked as you like them, add to the cous cous and season well.  Sprinkle with plenty of fresh coriander.
Total calories = 262

If the craving for carbs is still too much to bear go to bed early and dream of toast, potatoes and pasta.  After all, you can eat plenty tomorrow!


A few weeks ago we went to a local restaurant for dinner, and for my starter I had Leek and Hot Smoked Salmon Risotto.

It was heaven in a bowl - each mouthful was creamy and lemony and just delicious.
I thought I would try to recreate it at home: 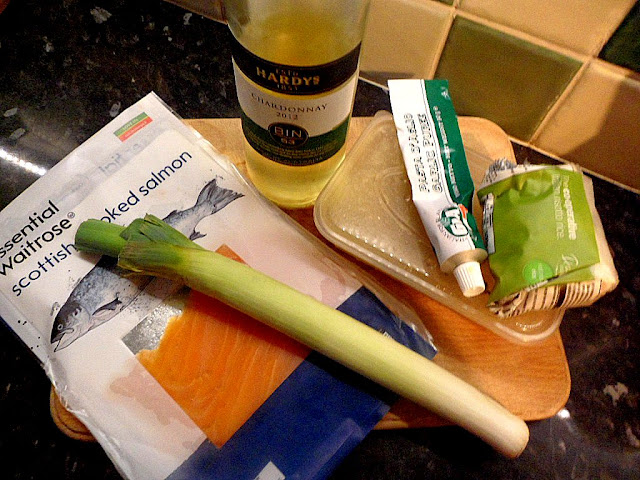 Finely chop the leek and saute in a little olive oil with the garlic.  When soft add the rice and give it a good stir to coat well. Let it cook for a couple of minutes and then add about half a glass of white wine.  I usually inhale deeply at this point as the smell is SO GOOD. 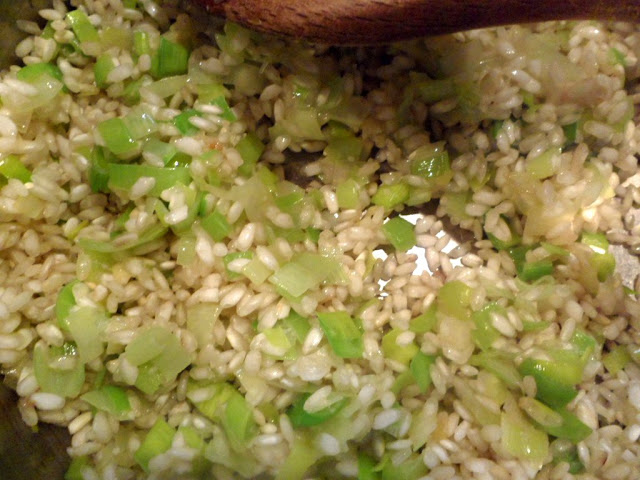 Add most of the stock and stir.
I really can't be doing with keeping the stock hot and adding only one tablespoon at a time and stirring continuously through the whole process.  I think the results are fine if you do it my way and just bung it in.

Add more stock if required.
Season well and add in lemon zest.
Take off the heat and add in the smoked salmon - it semi-cooks in the residual heat, 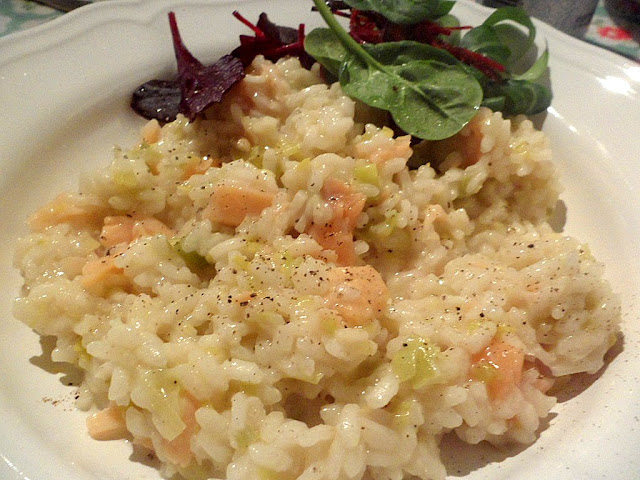 *I love the fact that Waitrose call it 'essential', as much as I like smoked salmon, I don't believe it is a staple food?!

Is there anybody there?

If you stop by and read my blog, I would love to hear from you. Please use the comments link or you could even become a follower!

Carole
Hello, my name is Carole. I live in West Sussex, with my husband, two daughters, large woolly dog and a pair of fat, brown hens. I work in a primary school, so am really busy during term-time, but lucky enough to have all the school holidays. I have never kept a diary, which is a bit silly as I can never remember what we've all been up to. This blog is to remedy that and also an opportunity for me to practise and hopefully improve my photography.